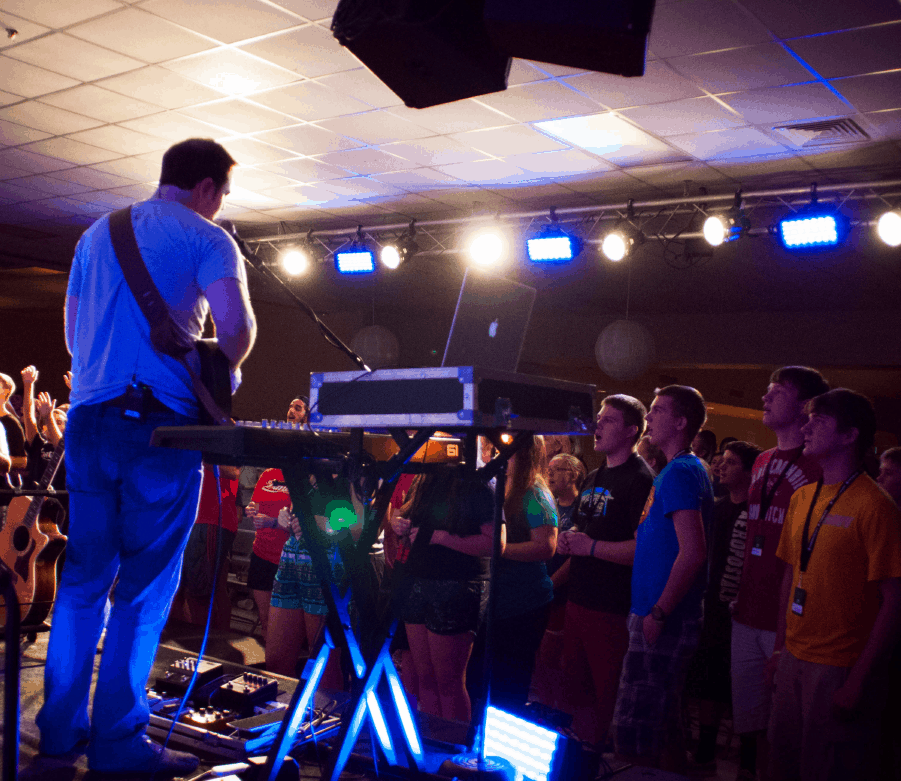 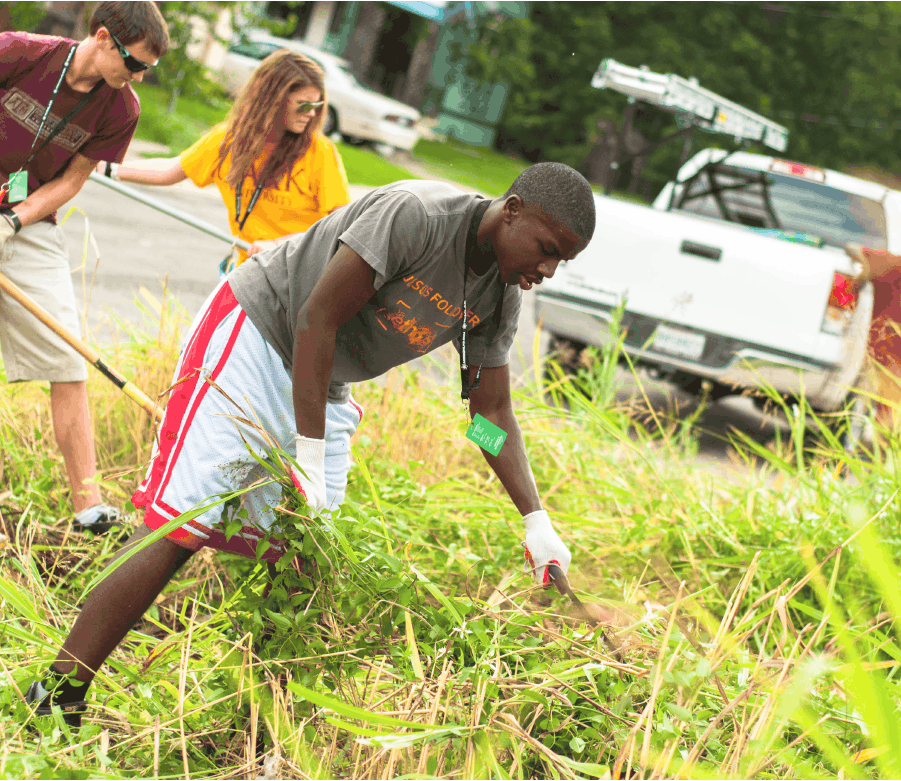 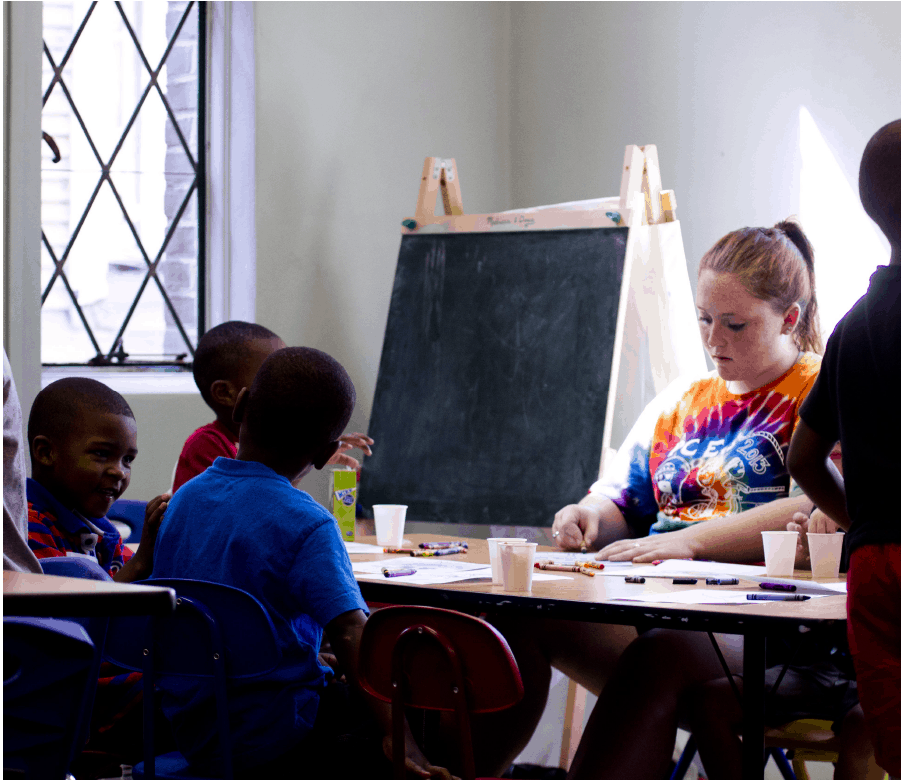 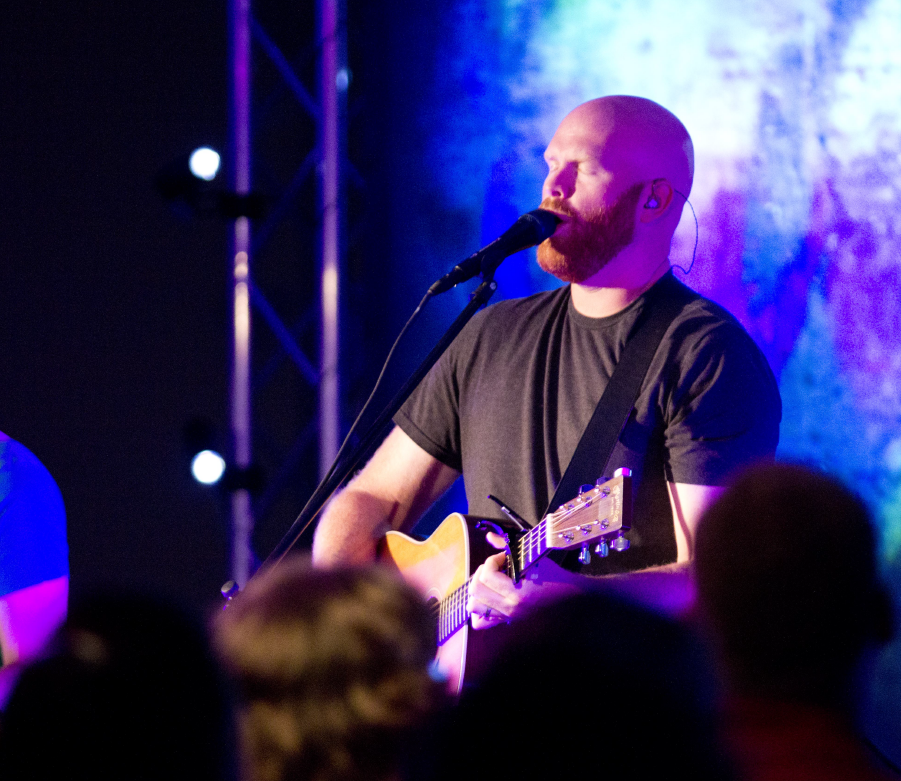 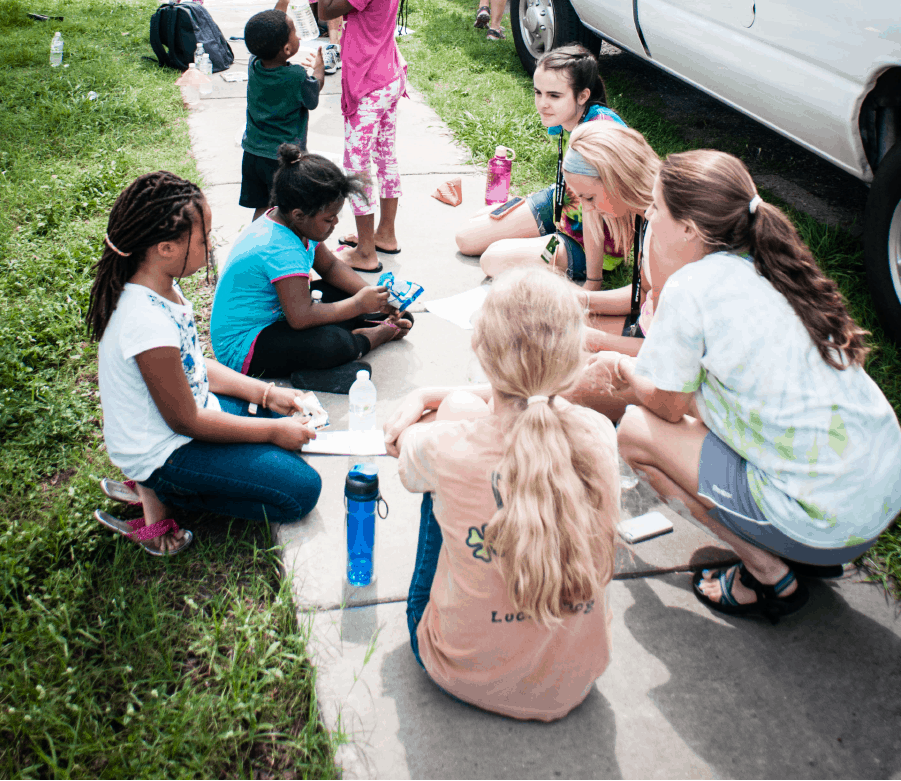 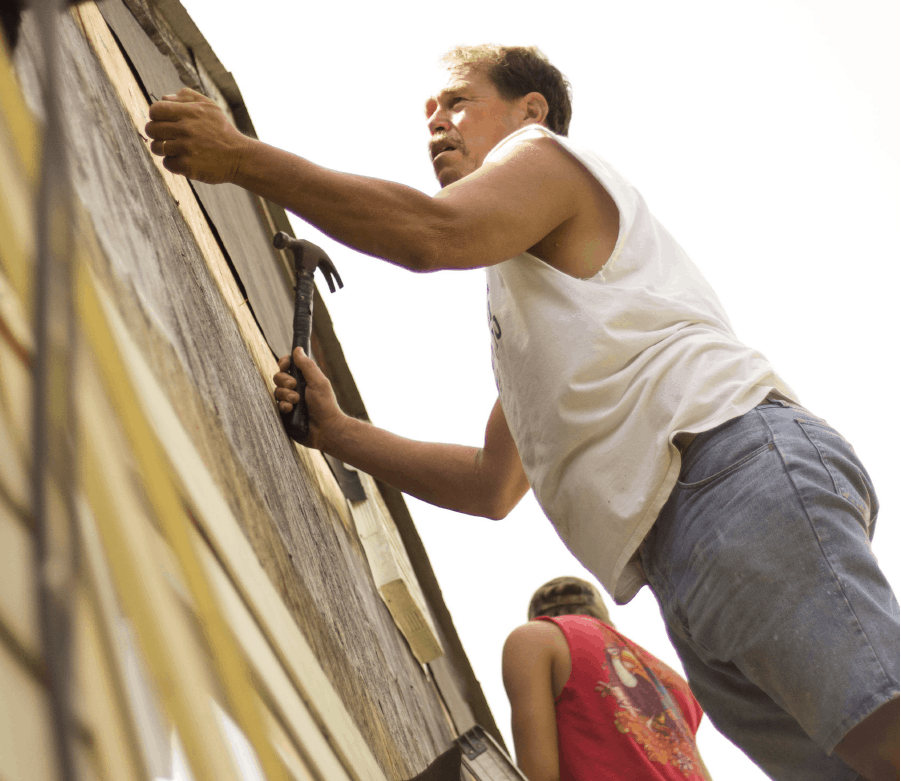 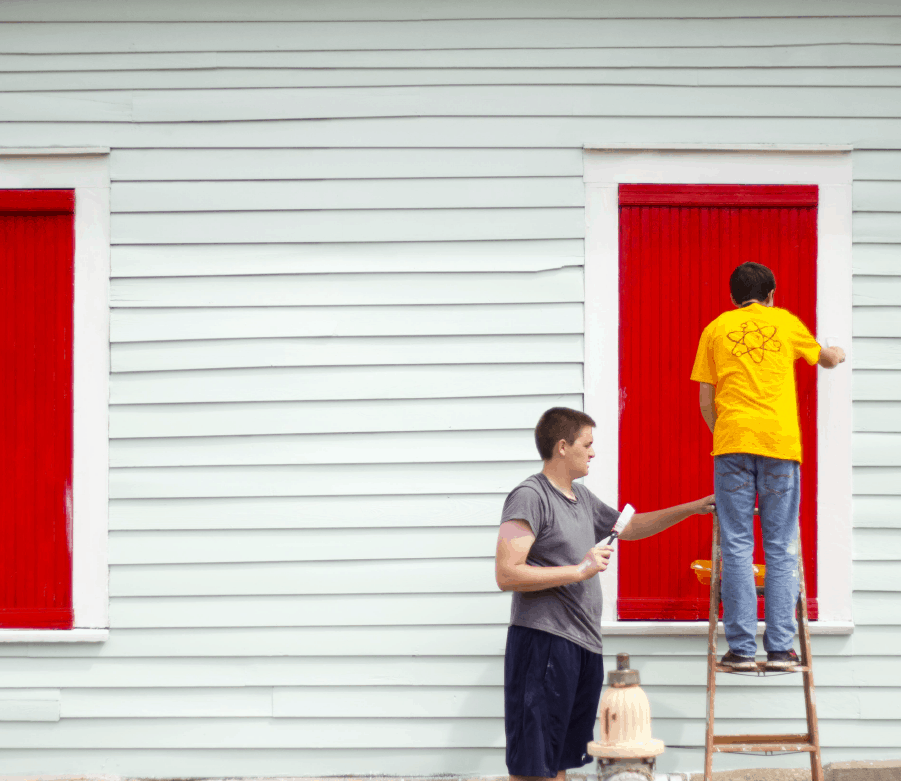 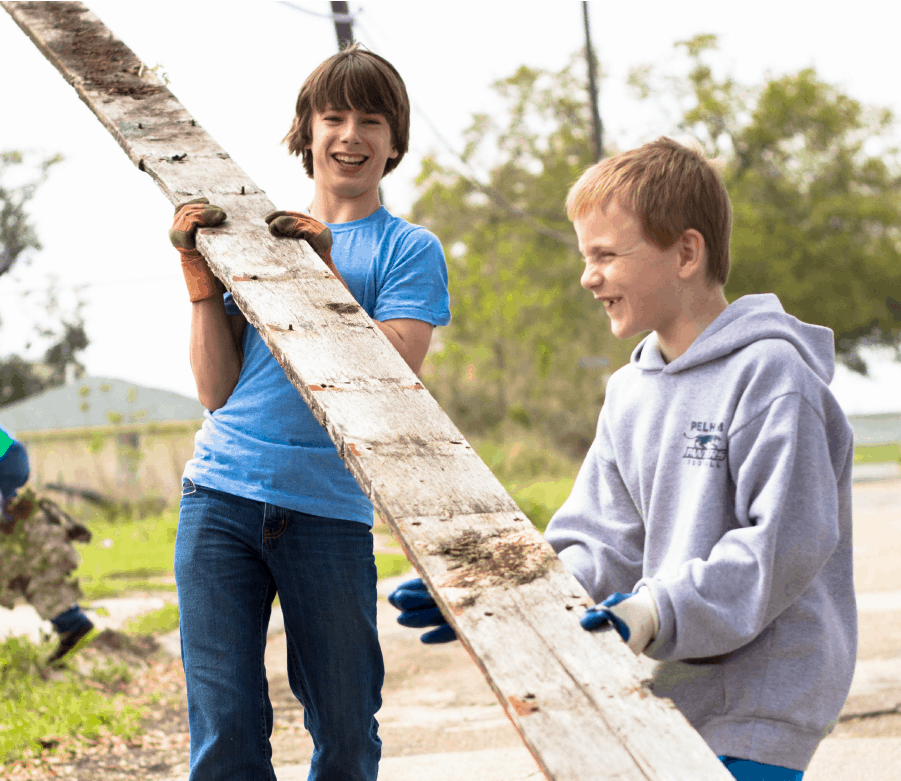 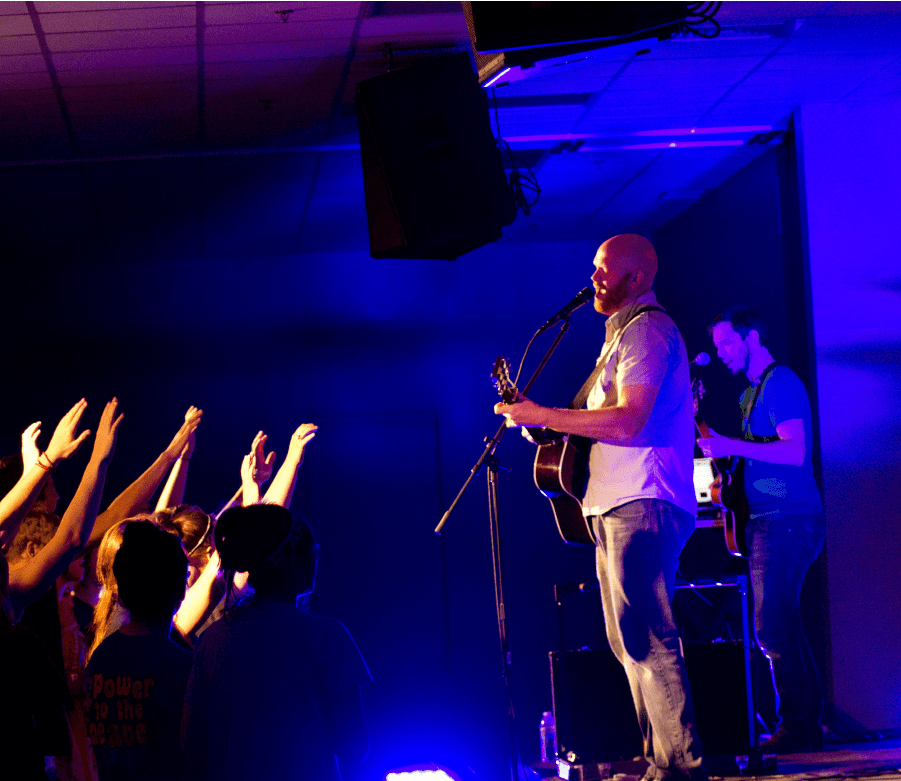 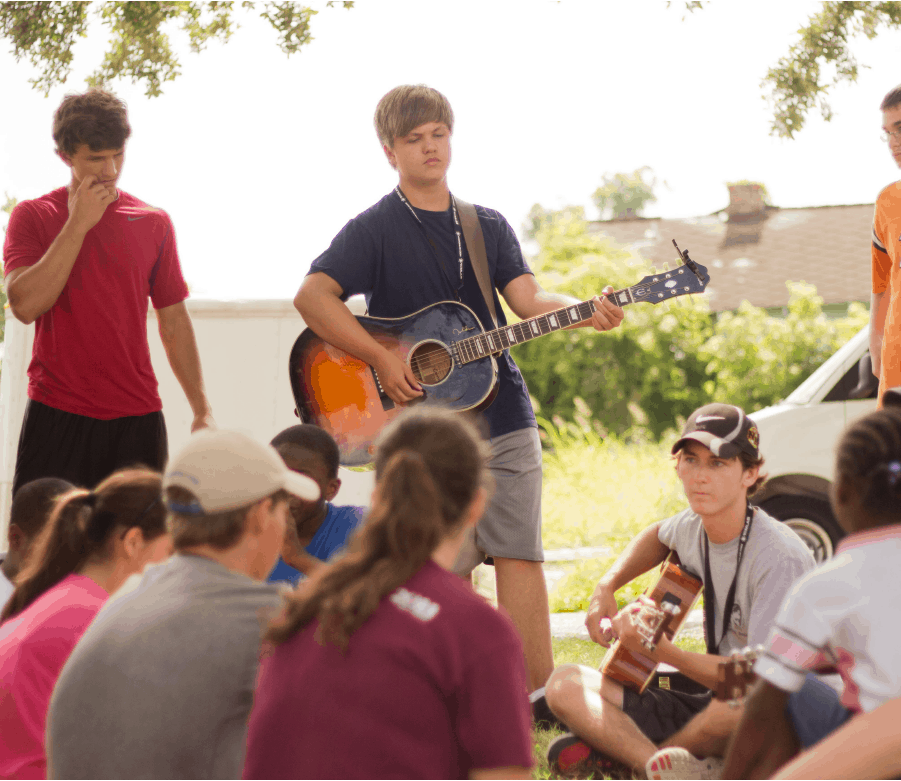 Matthew Weaver is originally from Georgia. He has now lived in the New Orleans area since 2014 and has been married to his incredible wife Emily since April of 2017. He received his M.Div from NOBTS and serves as the Ministries Pastor at Vintage Church NOLA. Matthew is passionate about the local church, reaching people with the Gospel, preaching God’s Word, and seeing people take the next steps in their faith. He also enjoys good coffee, the outdoors, and playing golf.
Go Dawgs and Who Dat!

The Grace Well is a worship band from New Orleans, and for over a decade, they have led worship for MissionLab. Their passion for ministry is to lead congregations to praise Jesus Christ, the giver of grace, from his well that never runs dry. The band has written and recorded three albums, including Not Ours But Yours, their latest release of worship songs for the church. 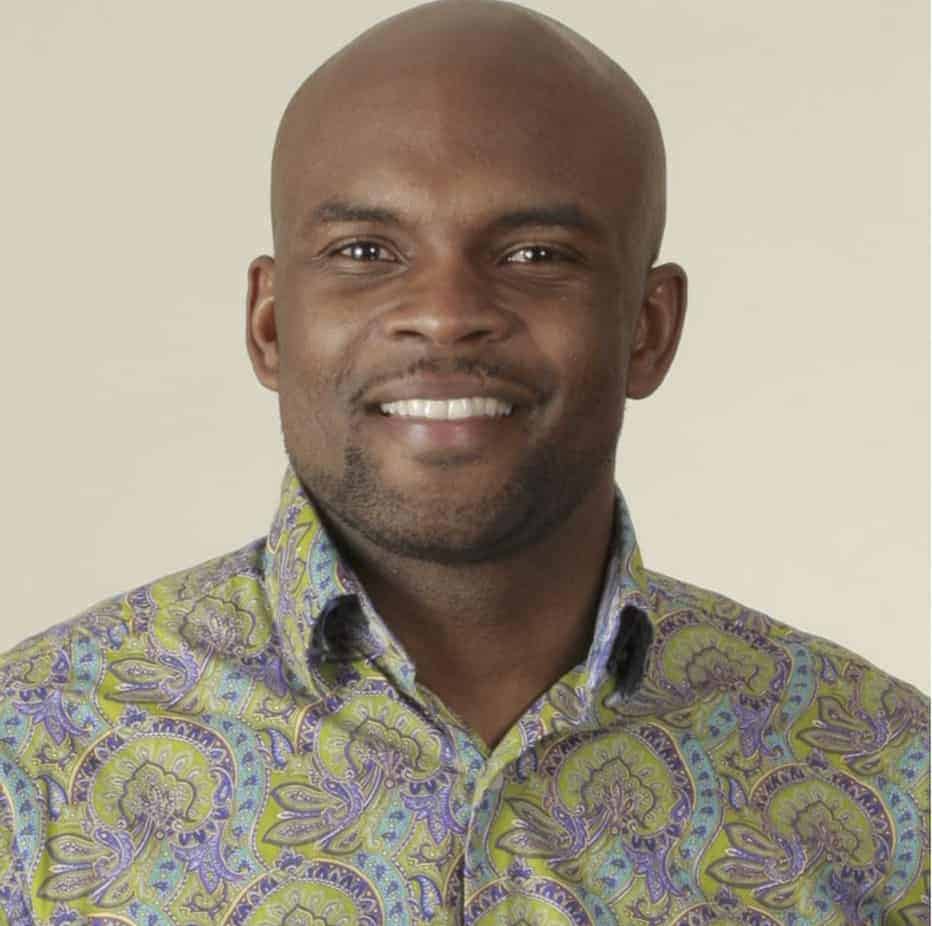 In 2014, Ryan and his family moved back to New Orleans to plant Connect Church in the community of Algiers, where he grew up.  Currently Ryan is pursuing an MA in Apologetics from New Orleans Baptist Theological Seminary. Pastor Ryan has a passion for expository preaching and has served as a speaker at the 2017 Southern Baptist Pastor’s Conference and New Orleans Baptist Theological Seminary. He is on the speaking team of the national refresh conference hosted by Sherwood Baptist and has led training for the Send Network.  Ryan and his wife Seane’ enjoy spending time with their four children: Ryan Jr., Brayden, Reagen and Bailey.

Which Year Are You Booking For? 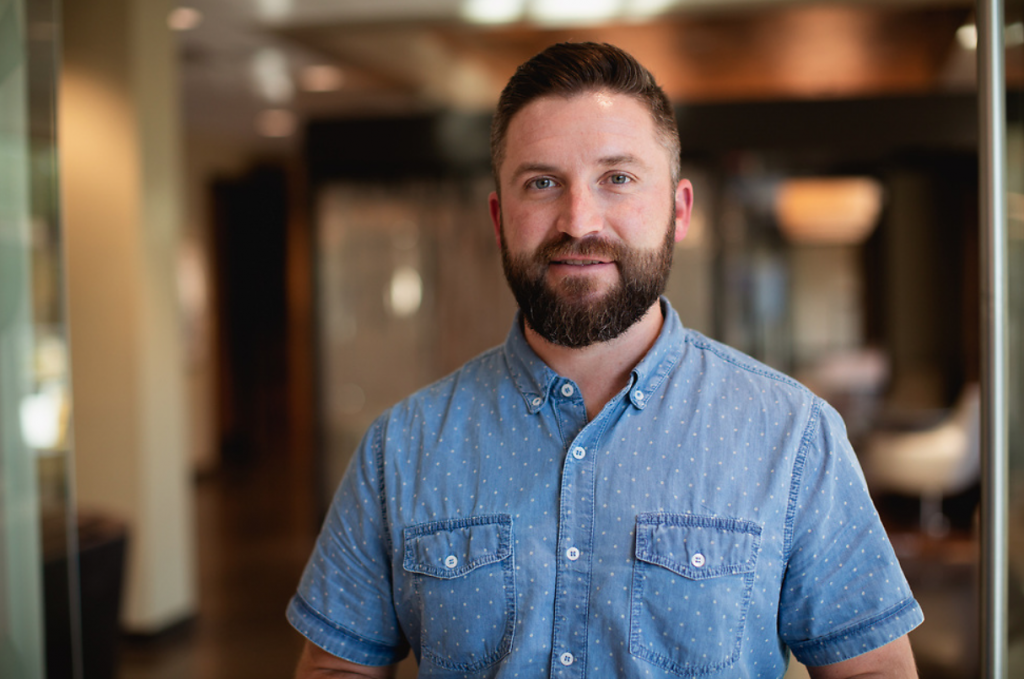 Rob Wilton is a multi-city movement leader for Christ. He is the Founding Pastor of Vintage Church, Send City Missionary for the Send Network, and the Chaplain for the New Orleans Saints. Although his family is from South Africa, Rob was born and raised in New Orleans and this is where he met Jesus. Upon moving to the Carolinas for high school and college, he answered the call to ministry and married his high school sweetheart, Annabeth. Together, they returned to New Orleans for seminary and to serve the city before and after Hurricane Katrina. In New Orleans, they welcomed four beautiful children into this world: Bolt, Mack, Birk, and McCall. After Hurricane Katrina, Rob planted Vintage Church which has reached hundreds for Jesus and he also became the New Orleans Saints Chaplain. After a decade of ministry, the Lord called Rob to plant another Vintage Church in Pittsburgh. In less than a year, Vintage Church Pittsburgh launched with hundreds of people in two different locations. Rob has a Masters of Divinity and a Doctorate of Ministry. He loves to travel, play golf, and hang with his family and close friends.

Irvin grew up in Dallas, TX. He is a graduate of Louisiana Tech University (Go Dawgs) and received his MDiv from New Orleans Baptist Theological Seminary. He currently resides in Clarksville, TN serving at Living Hope Baptist Church. He is the Campus Pastor of Living Hope’s second campus-Tylertown Church. Irvin has a passion for preaching God’s word and seeing people come to know Jesus and grow in their faith. In his spare time, Irvin is an avid sports fan (Dallas Cowboys, Dallas Mavericks, OU Sooners) and in his spare time enjoys playing basketball and talking sports. 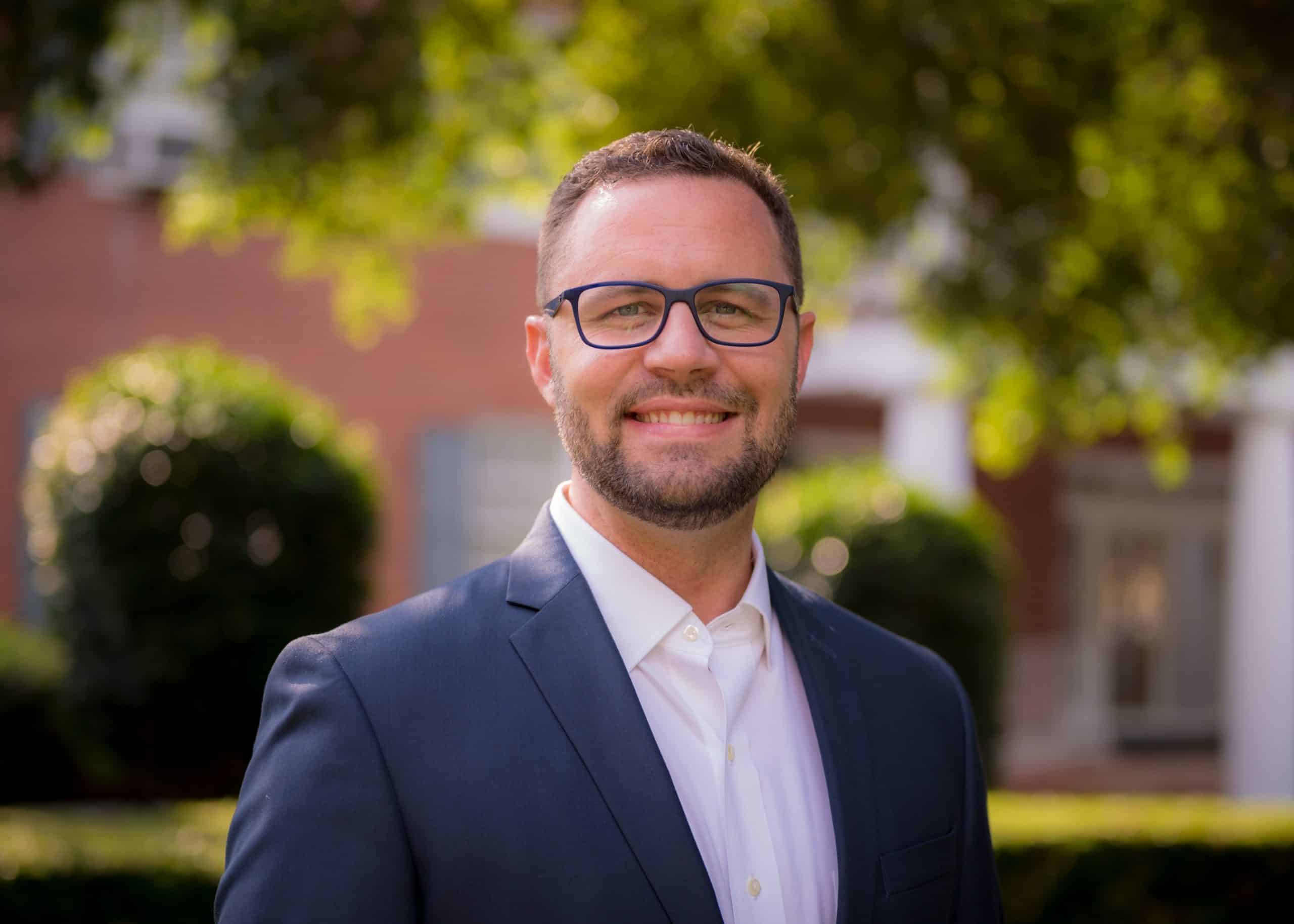 Dr. James “Jamie” K. Dew was elected New Orleans Baptist Theological Seminary’s ninth president on June 5, 2019, by a unanimous vote of the NOBTS board of trustees. In accepting the position, Dew said, “I’m humbled to the core of my being. I’m going to give you everything I have. I believe we’re going to have a fantastic time as we go forward together.”

Prior to his coming to NOBTS, Dew served as Vice President of Undergraduate Studies and Distance Learning and Associate Professor of Philosophy and the History of Ideas, Southeastern Baptist Theological Seminary.Dr. Dew served as senior pastor of Stony Hill Baptist Church, Wake Forest, NC, for eight years and in a variety of church ministry positions including minister to adults, youth minister, and interim pastor.

Married for eighteen years, Dew and his wife Tara are the parents of two sets of twins – Natalie and Nathan, 12, and Samantha and Samuel, 9.

JOIN US IN NEW ORLEANS FOR A CUSTOMIZED WEEK OF URBAN OUTREACH, SPIRITUAL REFRESHMENT AND FELLOWSHIP.

(We do not share your data with anybody, and only use it for its intended purpose)